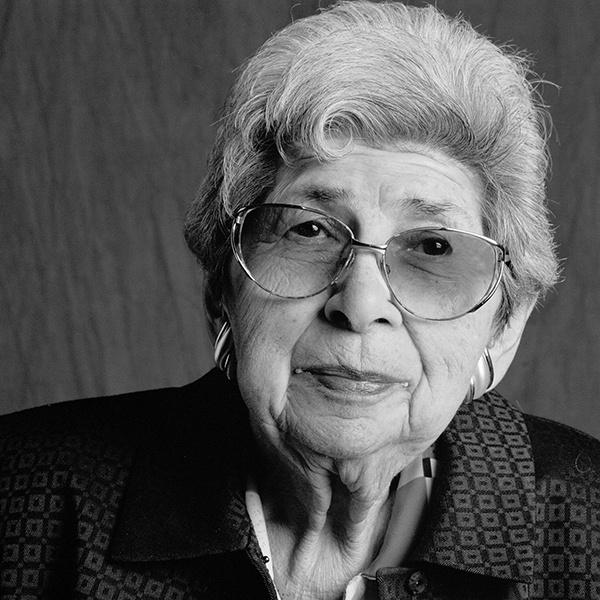 "ARBEIT MACHT FREI" (Work Makes You Free) were the words wrought in iron on the heavy gates of the camp that imprisoned nineteen-year-old Elizabeth Limor.

Elizabeth worked twelve-hour days packing bullet casings on an assembly line in the HASAG ammunition factory in Skarzysko. At night she returned to grim, wooden barracks. She remembers, "The place was infested with lice and bed bugs. You could feel them crawling all over you." Once she and a group of other women were falsely accused of stealing a coat. Elizabeth was beaten with a rubber hose until she passed out. She wouldn’t beg for mercy: "I promised myself I would never let the Germans hear me cry." But the women "cried together and tried to help each other. There was a lot of togetherness."

By January 1945, Elizabeth was at another HASAG factory in Czestochowa. Hearing that the Russian Army was coming to liberate them, Elizabeth and a group of friends, among them her future husband Irvin, opened "the tremendous iron gate." She relates, "We just walked out onto the street—we liberated ourselves." She was sent for medical care to Bergen-Belsen, a former concentration camp turned into a post-war displaced persons’ camp.

From Germany, Elizabeth, her husband Irvin, and their baby son immigrated to Israel. Years later, after locating her brother in Tennessee, the Limors and their two sons came to join him. Elizabeth dictated her book, Memoirs: Before, During, and After, for her grandchildren. "When I finally wrote it all down, it freed my soul."