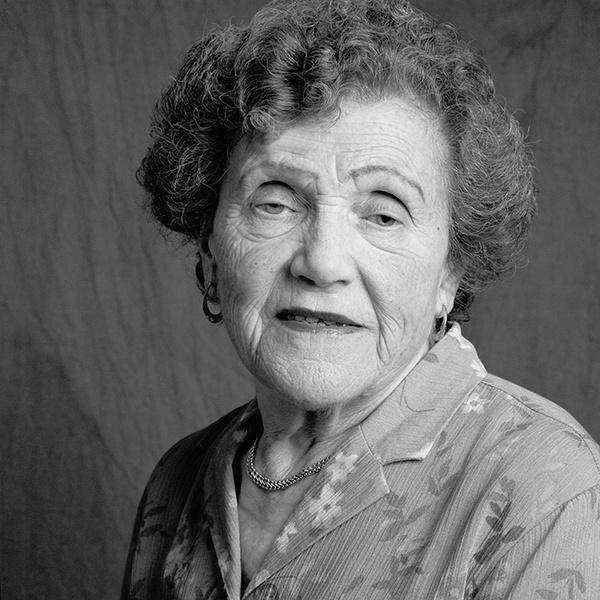 "The inmates must have known that she was going to the crematorium. But I just held onto my mother as they dragged me away,” says Frieda Weinreich. “I had no idea what was happening, but they knew, and they saved my life. She died in a gas chamber."

Frieda had five brothers and sisters, loving parents, and a home in which she felt safe. Just months after her fifteenth birthday, the security she had known was gone. “The war broke out and the Germans came to Lódz and began beating people up,” she recalls. “Synagogues were burned down; schools for Jewish children were destroyed.”

By December 1939 Frieda and her family were in the Lódz ghetto. “Life in the ghetto was cramped,” she says. “We had limited food and no coal to heat our home. We were so cold and many people died from starvation.” Her father was among them; he died in 1941.

Frieda and others prayed in secret, knowing that their Jewish faith bound them together. They honored the Sabbath in whatever way they could. “We saved potatoes through the year,” she recalls, “so that during Passover we could go without bread and still survive.”

In 1944 Frieda and her mother were sent to Auschwitz. It was there that fellow prisoners pulled her out of a line headed to the gas chambers. She survived to work as a bricklayer at Parschnitz, a labor camp in Czechoslovakia. Frieda reflects, “I have no idea how I survived long enough to see the Russian soldiers.” They arrived on May 9, 1945.