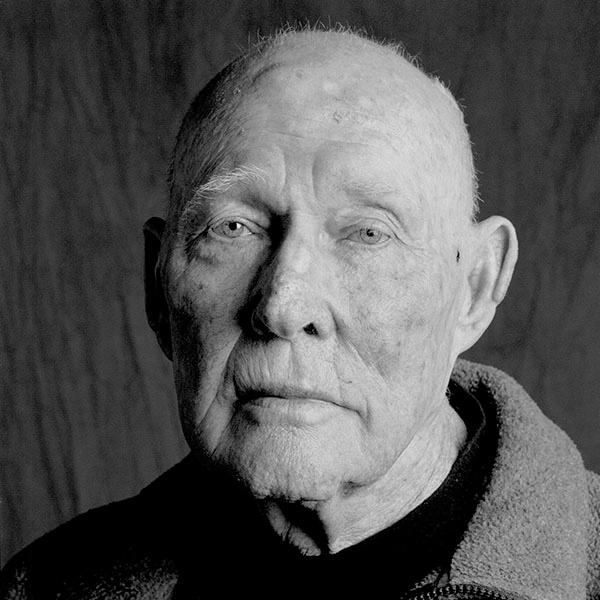 "Inmates everywhere. Some dead and some alive under the dead…just lying there. I couldn’t think. No thoughts came to my head. Only horror. I had never seen anything like this before." As they drove into Buchenwald concentration camp in April 1945, Harry Snodgrass recalls a fellow American soldier saying to him, "There isn’t a God in heaven…no God at all."

He toured the camp with a Lithuanian inmate who spoke broken English. Harry’s voice trails off as he recalls the memories. “It was in the commander’s office. There were lampshades made from the skin of Jews. In the crematorium they used the ashes of the inmates to fertilize the fields—the ashes of dead people. After an hour, it just became too much. I was stunned…just stunned. We don’t even treat dogs like this.”

Harry and the other soldier retreated and moved on to Berlin as ordered. For Harry, the hour at Buchenwald became six decades of nightmares. He had enlisted in the army at age twenty, and although he knew of the hate the Germans had for the Jews, he was shocked at the atrocities. With pain evident in his eyes, Harry struggles with the complacency of the local townspeople living near the camp: "They saw the trains going in but no one saw them leave. If they say they didn’t know what was happening, they were lying."

Today Harry Snodgrass speaks to schools and gatherings about what he saw as a liberator. He stresses the danger of racial and religious divisiveness. "I tell them what I have known all my life…for evil to exist it just takes good people to do nothing."