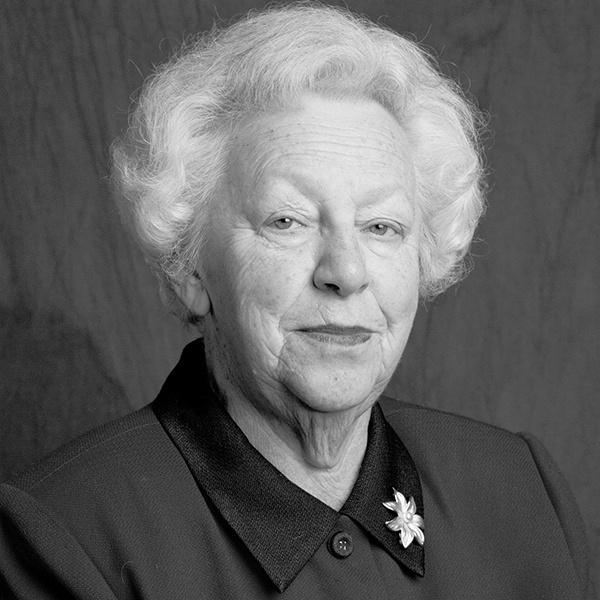 “My five friends and I made a commitment to each other in the ghetto,” says Nessy Marks: “Whoever survives must teach and tell the others. I am the only survivor, and I have kept my promise.”

Lithuanian survivor Nessy Marks, her parents, and her four brothers were relocated to the Kovno ghetto after Nazis occupied their town in October 1938. What she remembers the most is betrayal by others: “Lithuanian Jews may have had a chance, but the locals—police, neighbors, it didn’t matter—if you were Jewish, you were reported.”

“It was also a loss of our humanity,” recalls Nessy. “We walked in fear, wore stars on our clothes to identify us as though we were criminals…our heads were so confused. You knew you were not dead but you were literally not really alive.” She thinks about the children in the ghetto: “They would come in and murder the children for one stupid, made-up reason or another. Every day you lived in fear.”

Nessy’s parents decided the only way to make sure she would survive was to place her in hiding. “I was slipped away and was hidden with a Catholic family for a few months. Rumors came to me that my parents were murdered and I wanted to return to the ghetto but my foster family wouldn’t let me.”

Nessy answered an employment ad seeking domestic help. Fluent in German, she took the position, but was warned by someone who guessed she was Jewish that bounty hunters were after her and would turn her in to the Nazis. Within days, she was offered safe transport to a farm in northern Germany, where she remained until liberation in 1945.